Kenya assume the position of chairman of the Nile Council of Ministers (NILE-COM0, succeeding Burundi.

Burundian counterpart who is the Minister of Environment, Agriculture and Livestock whose term came to an end Hon. Dr. Déo-Guide Rurema handed over the mantle to Kenya’s Cabinet Secretary, Ministry of Water and Irrigation, Hon. Simon Chelugui who will hold the position for the next one year. This is in keeping with the NBI tradition of rotating the position of chairperson among the Member States, for a one year term of office.

The Nile Council of Ministers is the highest political and decision making body of the Nile Basin Initiative, an inter-governmental partnership established by the Nile Basin States in 1999, to foster cooperative management and development of the shared Nile Basin water resources for the benefit of Nile Basin citizens. 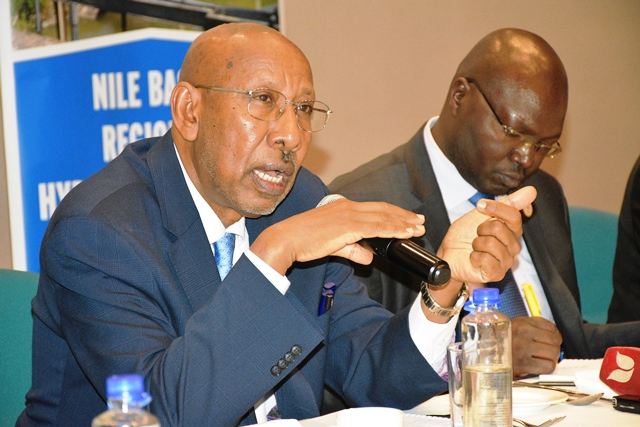 The current transition is coming at a time when Ethiopia and Egypt have been at loggerhead for along time regarding the filling of Grand renaissance Dam that saw both foreign affairs Ministers meet in US to try and resolve the impasse.

Kenya Minister of Water and Irrigation was given the mantle when Kenya hosted this year’s annual Nile Council of Ministers meetings, comprising of Ministers in charge of Water Affairs in all the Nile Basin Initiative (NBI) Countries, on November 29, 2019.

The launched project is expected to deliver a number of benefits, which are trans-boundary in nature and contributing to socio-economic development in all the Member States. These include more optimal water utilisation for food, water and energy production, improved adaptation to climate change as well as improved cooperative drought and flood management.