The World Health Organization has reported 106,000 new coronavirus infections worldwide within 24 hours, more than on any other day since the world first faced the dreaded disease – as Europe and the west continues to lift quarantine restrictions.

Most European nations appear to be past the peak of the Covid-19 pandemic, as governments across the globe gradually lift restrictions imposed to stem the spread of the virus. however, globally the crisis is far from over, the WHO warns, with the pandemic seemingly only nearing its peak.

"We still have a long way to go in this pandemic," the UN health agency’s Director General Tedros Adhanom Ghebreyesus told a news conference, adding that as many as 106,000 new cases have been reported across the world. "We are very concerned about rising cases in low and middle income countries."

The US remains the worst affected nation, with more than 1.5 million confirmed cases and over 92,000 deaths. It has also seen one of the highest daily new case increases, with more than 20,000 Americans diagnosed with Covid-19 in over 24 hours, according to JHU. 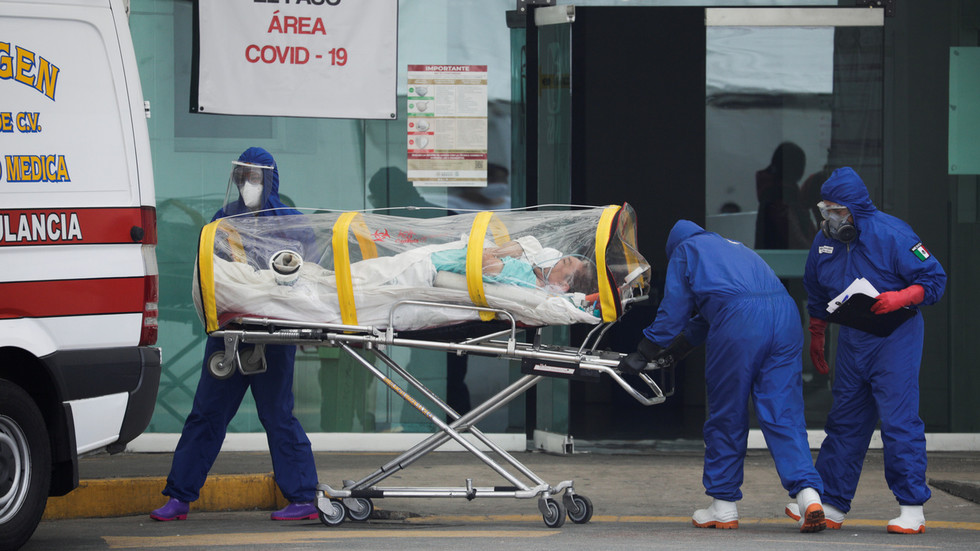 Brazil is following close behind the US, though, having reported more than 16,500 new cases over 24hour

Russia is following the suite as it’s in the second place in terms of the total number of confirmed cases – the spread of the virus is showing signs of slowing down, yet the figures remain relatively high, with more than 8,700 people diagnosed with the disease in the country over the last 24 hours. On the bright side, though, the number of daily recoveries in Russia surpassed the number of new cases by almost 500 on May 20.

In Iran, the number of new infections is rising again following a relative drop in late April and early May. Over the last 24 hours, the nation reported more than 2,000 new cases. India, meanwhile, saw a nationwide record in new infections on Tuesday, as more than 6,000 people were diagnosed with Covid-19.

The numbers are also showing a steep growth in several Latin American countries, such as Mexico, Peru and Chile.

While on the other hand in Africa Countries the Numbers of Coronavirus cases seem to be rising with South Africa Leading the pack followed by Nigeria, Algeria Morocco, Somalia in that order. Worrying trend though.